About ADMI Business Services Limited in London, ON

Bookkeeper in London, ON

ADMI Business Services Limited has been serving the London and South Western Ontario region since 1974. We have significant accounting and bookkeeping experience and specialize in the preparation of Tax Returns for Individuals, Small Businesses and Corporations. 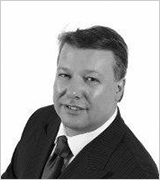 Live Life Unapologetically! I suppose that would characterize me. So, let me tell you a little bit about myself, to remove the notion that people in my business are boring. I started completing tax returns back in 1994 as a part time job my girlfriend’s parents tax business to put myself through school. It was a different job than my schooling in civil engineering, but there is a certain logic in it. That girlfriend stayed around and I eventually married her in 1996 and upon completion of school, unable to get a job in civil engineering, took employment with my in-laws tax practice, where I stayed until 2008.

While with the inlaws, I completed the Canadian Securities course and started a financial services business providing investments, insurance and advice which complemented the tax portion of the business.

In 2009, I joined London Tax Depots and became a member of the Association of Tax and Accounting Professionals of Canada and in 2011, completed an equity purchase in the practice. In 2017, upon the retirement of the former owner of ADMI, (Adrian Smits) I completed the purchase of ADMI, and integrated the business as a subsidiary company of London Tax Depots. Sounds Great…pretty boring stuff right?

At 15, I completed my first student exchange to Belgium with a Vietnamese refugee, with whom I still have a deep friendship with, despite him still living in France. I backpacked around instead of attending school, which drove his parents nuts. I saw Canadian cemeteries, where our dead lay from the battles of the past, and remarked upon what a profound effect it had upon me as a young Canadian. We have a inherited a legacy greater than each of us as result of their sacrifice.

I helped found the Thames Centre Business Association in 1995, and have held various roles within the organization such as treasurer and Vice-President. I served on the board of the directors for the Stevenson Children’s Camp as Treasurer until I passed that role to my wife. It is a charity with whom our entire family has a deep relationship with. Along the way, I witnessed the birth of my daughter Jade in 1999 and my son Collin in 2002. Jade..well Jade was her school Valedictorian, graduated from secondary school with honours and is currently enrolled in the Environmental Sciences/Geology program Laurentian University. She was also a competitor on Chopped Canada Junior Edition at the age of 14. We kept Jade in sports from a very early age, synchro figure skating, soccer, baseball, curling, hockey. But her real passion was karate and ringette. She is a first degree black belt in Kempo Karate. Jade has played at a competitive level from age 12 to current. Collin…well he attends Regina Mundi Catholic school. Along the way, Collin also played hockey as THE goalie, plays football and has obtained his first degree black belt in Kempo Karate. Collin is recently joined the Reserves, with an eye on the Royal Military College upon completion of high school. My wife Danielle, she is a saint, having put up with me for as long as she has. Danielle is a CPA and currently a Director of Finance for a publically traded company. She too has completed her black belt in Kempo Karate. When she is not using me as training tool to hone her techniques, we travel. And we travel a lot. Both Danielle and I are licensed divers and our vacations always have an underwater theme attached. We are both certified BBQ judges with the Kansas City BBQ Society and we travel south in the winter just to eat BBQ. I also have my own professional BBQ Team – Juan A B Smokin’ and we compete here in Ontario and parts of the US. Danielle does not always join me on those trips, but when she does, we have fun. I also like to travel just by myself. I recently completed a month in Costa Rica by myself, just backpacking around. While there, I took up surfing and wrote a whole bunch of poetry, 3 of which have already been turned into songs and recorded and released. Danielle and I are also currently working on our pilot’s license. The world’s a pretty big place, and if you blink, you might miss it. So..live Life Unapologetically.

Denise is employed as the Office Administrator and is the face that you see at the front desk when you enter the office or call on the phone. She has been employed with ADMI Business Services/London Tax Depot since February 2018. Denise has over 30 years as an Administrative Assistant/Receptionist in various business sectors. Just being able to talk to and help clients on a daily basis has given her the drive and ambition to continue. Excellent customer service as always been a top priority to her.

Denise recently completed her Income Tax Filing Fundamentals and Personal Tax Filing and Planning courses. She plans on continuing her education to be of more service to their current and future clients.

“Never Give Up, Never Surrender” is a motto she has lived by throughout the toughest parts of her life. She is a two-time cancer survivor and a proud mother to 3 wonderful adult children. The youngest daughter is currently attending The University of Western Ontario majoring in Neuroscience.

At the age of 18, through the Big Sisters/Big Brothers Organization, she was matched with a shy 10-year-old girl, who has now grown up to be a very happily married mother of 6. She feels so fortunate to still have her part of her life.

Denise is what is called “a Dedicated Canine Enthusiast”. Her household contains not one but four dogs, all different sizes and breeds. They are her “fur kids” and are a big part of her life. In her spare time, especially when her dogs will allow it, she enjoys playing darts, gardening, cooking, watching live music, especially Classic Rock, sewing and spending time with family and friends. One of her greatest joys is to be able to visit the Maritime Provinces, especially New Brunswick, where the majority of her family still reside.

My name is Magalys Cruz, I was born and raised in Cienfuegos, Cuba where I obtained a remarkably specialized education in the area of Accounting and Finance field, including a Bachelor’s Degree in Economics. From 1994 to 2004 I worked as Financial Analyst in Fintur an incorporated financial institution. In 2001 I took a course of Corporate Finance in Havana and Mexico.

I immigrated to Canada in 2004 with my Daughter. I have updated my knowledge through several Accounting and Taxes course’s in the Canadian Education System like Fanshawe College, CGA and H&R Block.

I am very sociable, outgoing and enjoy being around people, my friends would describe me as easy going, a good listener and tremendously helpful, able to handle difficult situations focusing always in the solution.

In my spare time I enjoy good happy hours with family and friends, the sounds of a great music, cooking a good meal and watching a great movie or reading. On the weekend I am seeking for adventure in the outdoors, I am passionate with nature and animals.

I live in London, with my Daughter Rachel Hernandez, who is a musician, great player of flute and piano, she graduated from Western University in 2016 with a B.A in Honors Performance Orchestral Instrument. We share great wonderful times joint the music and love.

In the next years I am hoping to continue being engaged in the valuable team as London Tax Depot, helping the community with my experience and my interpersonal skills.

We serve clients across London, Dorchester, Delaware and Komoka, ON.

Schedule a Consultation With Our Bookkeeper in London, ON